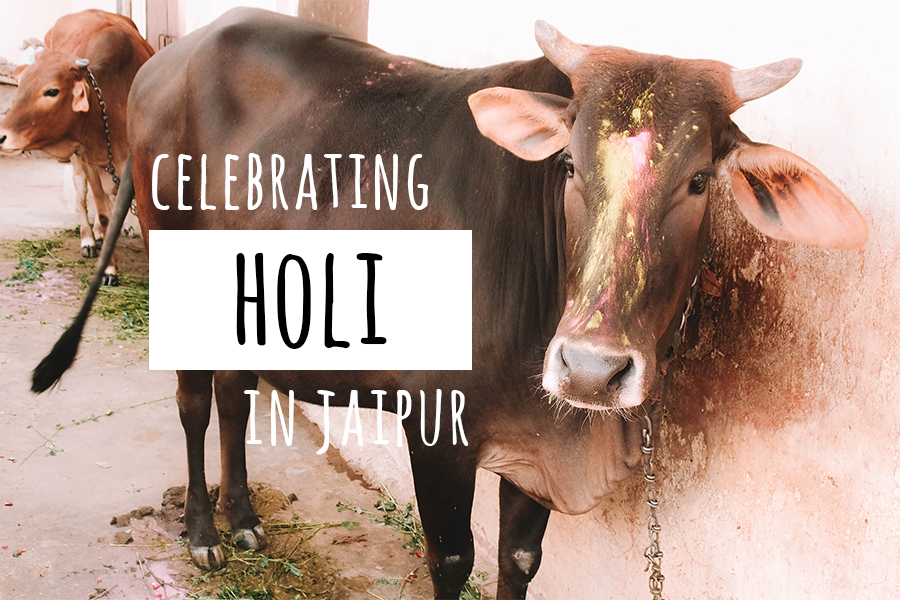 I don’t believe any countries can beat the spectacular festival calendar of India. One of the major Hindu celebrations in India is Holi, the festival of colours. On the first day people celebrate the victory of good over evil with religious rituals at bonfires. On the second day the arrival and abundance of spring is celebrated by singing, dancing and dousing one another with coloured powder and water. The beautiful message behind the powder smothered faces is that on that day, people are all equal to one another, without differences in caste, origin or religion.

We wanted to be part of the joyful event and joined the feast in Jaipur, where Holi is heavily celebrated. The day before there should have been a traditional parade of decorated elephants. Due to pressure of animal rights groups the parade was canceled. Hey, I’m an animal lover so didn’t condemn the decision, but the ‘Holi Festival’ event that replaced the parade wasn’t worth the visit. The next day, we just wandered around the city to see where the action was. We followed the crowds and ended up in a temple, where hundreds of people were singing and dancing to celebrate Holi. As soon as they saw us, they grabbed us to join and smothered us with tons of powder. YES, this was the authentic Holi experience we were looking for!

If you are into a good water and powder battle, but you don’t have the chance to go to Nepal or India to celebrate Holi, you could check on http://holifestival.com if the non-religious variant of the festival is celebrated anywhere near you.